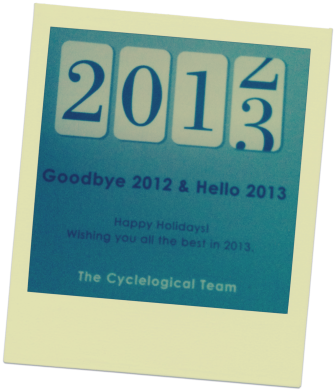 This past year has been quite the ride for all of us here at Cyclelogical.

It feels as if we are still trying to play catch up with this past year and yet we are onto a new one. We all have had mini personal achievements over the past 12 months and as a company we have grown by leaps and bounds. Adding a new full-time employee and seeing our men’s shirts in one of the largest outdoor retail stores in the U.S. We have ridden this year as hard as we could both on and off our bikes and we are ending 2012 a bit tired but with a huge smile on our faces ready for 2013’s ride. Through the growing pains of a small business and the endeavors of making the right choices and working hard, we hold our families close as we celebrate the goodness this past year has brought to all of us and ring in the new year with anticipation, excitement and a greater sense of adventure!

Also if you are in the Milwaukee area, Sunday December 2nd, don’t forget to swing by their 5th annual bike swap. 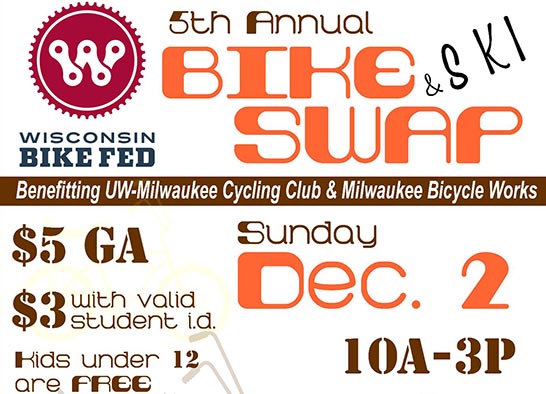 The Levis store in Malibu

A few weeks ago I was traveling thru southern California and stopped at the Levis store in Malibu. I would admit as much as I love bikes and riding dusty trails in southern Utah, I love denim just as much. Not just any denim, but denim that’s made one pair at a time with the care and love that goes into anything good.

While there I gawked at every pair of vintage denim they had…ahhhh the sweet history of the American legend! My dear wife and beloved business partner would probably have had me sleeping on the couch for weeks when I came home if I bought a few pairs, so I refrained, but I did see a pair of selvage chino’s that I put on my Christmas list!

After talking to the manager for a few hours and he gave me the complete history of the vintage line, he handed me a small bottle of this soap. I gave him that weird look that men give men when handed soap. I have to be honest, no man has ever handed me soap! It was a bit weird and I quickly left, but not without my notes for what I was putting on my Christmas list! 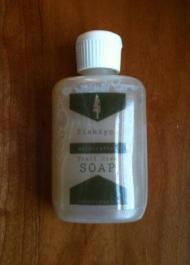 Its been a few weeks since I’ve had the soap in hand and I’m going to admit, it’s the greatest stuff I’ve ever used. Its total ‘man’. Smells like a man should smell, the outside, the woods, the trees, the perma-smell from a wind scorched face, flannel, the mountain air…need I go on?

here is the link to  Juniper Ridge…you should buy some…yes its all that in a bottle of soap.

Hope everyone is having a great week so far. We are excited for Thanksgiving and  thought we would share a  video on how to carve a turkey.

Just for the fun of it!

Make sure to be extra thankful for your bike and go for a long ride on this holiday week!